Somewhere, Over the Philadelphia Skyline

Posted by Megan Reinertson on December 23, 2021

I grew up in  very small town.  So small, that I knew every first, middle and last name of every student in my graduating class.  Mostly because I had grown up with the same classmates since kindergarten.  It was a sort of community where change rarely happened, and when it did, an opinionated wave of uproar and rabble spread, regardless of the change's origin or intent.

I do, however, remember that change also brought opportunity - a new beginning for so many.  When a new restaurant was built, I remember my uncle's plumbing company getting contracted, and I interviewed for my first job.  Later, the local grocery store added an addition after a new subdivision broke ground 10 miles outside village limits.  It all seemed to happen so quickly, and the community was quick to support the change, because the change would support them.

It's funny what triggers our memories.  All of this started when I read an article on Supermarket News announcing that The Giant Company is expanding its Philadelphia presence with 4 new stores opening up this month.  This may not seem like news to some, but to someone whose past generated excitement around making a 2-way stop into a 4-way stop, it let me take a walk down memory lane.  And, SAS was there to lead me down the yellow-brick road, sort-to-speak.

If one change can create such frenzy, imagine what 4 will do to help their communities?  Along with SAS' partnership with Peapod Digital Labs (PDL,) I reached out to our team members on the front lines of this expansion.  I wanted to know what goes into opening up a store, let alone four within the same month. 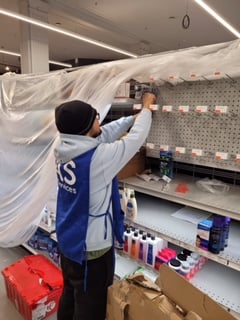 Turns out, a ton!  Before any merchandising can happen, the construction team is in there, working from a prepared plan and mapping out where everything needs to go.  Our teams build the racks, shelving units, end-caps, gondolas, OH MY! Everything that houses and holds the inventory and what you see on the floor.

Once that is completed, a week before the store opens, prep work continues as merchandise is shipped in and delivered.  Once arrived, stocking commences from the store's staff as SAS continues to build, every item is logged, areas are organized and confirmed from the planograms, SAS systems' reporting is tested to ensure future visits go smoothly, and all shines bright like a ruby slipper.  The work needs to be done quickly with great quality as all of this is done two days prior to the store's opening.

Because everything is planned out prior, Day one to Opening runs sleeker than the Emerald City spa, right?  Of course not.  Enter our wicked witch that is 2021: Labor shortages strain the economy, and raw materials, including steel, are months behind and in short supply.

Though there were plenty of flying monkeys to swat out of our way, the SAS Retail Services Philadelphia teams and PDL hunkered on.  Yes, it is part of the job, but what we didn't expect was the huge support from the communities.

The Giant Company's presence in Philadelphia was vacant for a very long time.  And, the stores erected were brand new, not remodels or pre-existing.  From the Grand Openings, the communities' excitement is felt throughout.  Especially when the geological footprint expands where the Giant Company and their grocery services had not been before. This means that there is growth.  Not only in the towns' they service and labor opportunities, but also internally.

The quick turn-over timeframe offered an abundance of hours to our associates, and created a 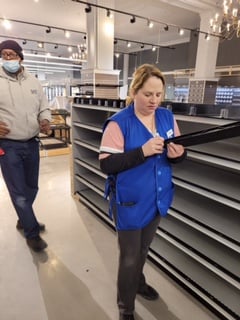 need for additional jobs, as well.  As a recap, one store takes four weeks to merchandise alone.  We did four in five weeks. And, with it being the Holiday season, The Giant Company did not want to sacrifice associates in their other stores.  Those people are needed to help support those areas.  We were asked to supply additional associates, and we did: an additional 210 associates working diligently and efficiently.

"This is what we do.  We are people-powered... We are still working are other tactical projects and daily/weekly responsibilities.  We do not sacrifice on anything.  This has been an exciting time for SAS - a very busy time." 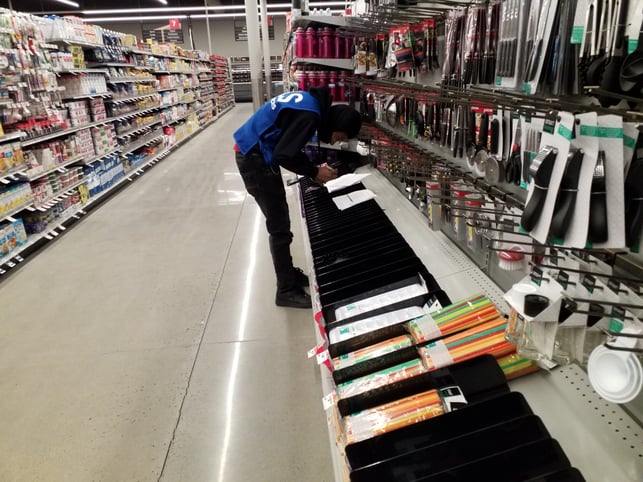 "Despite the environment we are living in, the SAS and PDL Teams worked together to open 4 New Stores on time in just 1 month.  Fantastic partnership”

The journey undertook by SAS Retail Services and PDL is a success story we strive to repeat as we keep moving forward.  We will continue to make people feel like they are a part of their communities, no matter the obstacles they face and where their travels take them. Because, there truly is no place like home.